One of our core values as a church is our involvement in global missions most especially to unreached people groups. Paul writes in Romans that everyone who calls on the name of the LORD will be saved, but then questions,

The Rosebank Union Church Missions Committee is a team of people who support Jenni Kurten (our Missions Director) in the task of overseeing the missionaries that we send. This team of church members meet each month to assess the health of our missionaries and to help support them on behalf of the church.

In order to fuel our passion for the need for gospel-centred missionary work in some of the least reached places in our world, the members of the missions committee, together with some of their spouses (and one son), travelled to Turkey with a local pastor.

This pastor had for a number of years served as a missionary in Eastern Turkey before having to leave the country. Turkey has historically been very hostile to any Christian workers with a number of missionaries and Christian workers being martyred in the not too distant past. Turkey is currently predominantly Muslim, with Islam being the state-sponsored religion. Only an estimated 0.2% of the population of about 75 million people profess to be Christian (with only a few thousand people in the whole country being evangelical Christians).

Despite its proud history of Christianity over the last two thousand years, today Turkey is a distinctly unreached people group. An unreached or least-reached people is a people group among which there is no indigenous community of believing Christians with adequate numbers and resources to evangelize that people group. So, echoing Paul’s words, how then can they hear and believe unless someone is sent to proclaim the Gospel to them?

As a church this is why we want to prioritise finding creative ways of sending people to share the Gospel in these least-reached places.

We spent one day in Istanbul exploring some of the incredible historical sites of that burgeoning city (Istanbul is currently the 4th biggest city in the world with over 17 million people). An amazing highlight was visiting the Hagia Sophia – originally a church dating back over 1500 years. Despite the Islamization of the city, it is amazing to see evidence of the pre-existing Christian heritage.

We then flew to Eastern Turkey, and spent the remainder of our short week in Turkey exploring  some of the towns and places where our guide had worked while he was a missionary. We we able to meet people he had befriended and see and experience some incredible places.

We visited Mt Ararat near the city of Dogubeyazit and explored an ancient Kurdish Palace on the Mountains bordering Iran. We walked through the ghost city of Ani on the border with Armenia (sometimes called the valley of 1001 churches). We stayed in the town of Erzurum, which is home to one of the oldest Islamic schools in Turkey. We drove through the Georgian Valleys and experienced the incredible beauty of the landscape and marvelled at the ruins of a 1000 year-old Christian church. We finally visited the town of Trabzon, which is home to the only functioning church on the Black Sea coast of Turkey. We sat in the pew where the previous minister was gunned down while praying by an anti-Christian nationalist. We prayed with the new minister – a Turk born in Tarsis (the same city where the apostle Paul was born).

Again, the historical evidence of Christianity was both amazing but equally disheartening. It is so sad to think that the Christian faith has been all but eradicated when it was once quite prevalent in these regions.

The words of Jesus seem so relevant when thinking of this beautiful country of Turkey and her sadly unreached people,

“The harvest is plentiful but the workers are few. Ask the Lord of the harvest, therefore, to send out workers into his harvest field.”

Some Reflections from the team:

Merilyn and I found the trip to be amazing in so many different ways. The opportunity to experience such a different culture, to meet amazing people, and to experience many ancient Christian sites was all such a blessing. I think the thing that left us most impacted though, was how fervently and “religiously” people follow Islam. They work so hard to be good Muslim people, yet their work is in vain – good works can never get you into a relationship with God, and they don’t know this. It really burdened us and made us realize the work that is still to be done. Thank you to everyone for your prayers and the support that got us there and sustained us while we were away.

Turkey was an unbelievable experience – from the vibe in Istanbul in the West, through to the cultural heritage of Erzurum in the East. It’s a unique country with unique and friendly people. What struck me the most was the pervasiveness of Islam which is as much incredible as it is sad. Very few Christians walk the face of this country and most of them are not even Turks. The harvest is plentiful, but the workers are few.

We were very privileged to be led through eastern Turkey by a Pastor who had lived among the Turks and spoke the language fluently. This opened up the country and people to us in ways that wouldn’t have ordinarily been possible. One of the most sobering moments was spent sitting in the pew of a church where the Pastor had been martyred as he was praying in his church. We were able to pray with
his successor who had taken up his post knowing fully the sacrifice of his predecessor and knowing well that he might be called on to do the same one day. We should treasure the freedom of worship we have and never squander it.

Turkey is a stunning country with amazing people. It was sad that most Turks will never meet a Christian. I’m more motivated than ever to live out my missional purpose for God’s glory. Turkey’s time for revival will come and I’m glad to be part of that story.

I was deeply impacted by how easily the gospel of truth can be eradicated just over a few generations and can be taken over by another religion. Visiting all the historical sights in Turkey, challenged me to stand up unashamedly for the gospel and defend the truth where I live, play and work. The Turkey visit made me realize how privileged I am to live in the land where I can worship the one true God freely. But most importantly I was challenged about taking action towards cementing the gospel truths in the hearts of our children in a very unapologetic way. This challenge has compelled me to take steps in making our family bible study an integral part of our lives, so that the next generation who are our children can be firmly rooted in the truths concerning the Lord Jesus Christ. 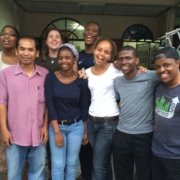 FAITH on the Maasai Mara 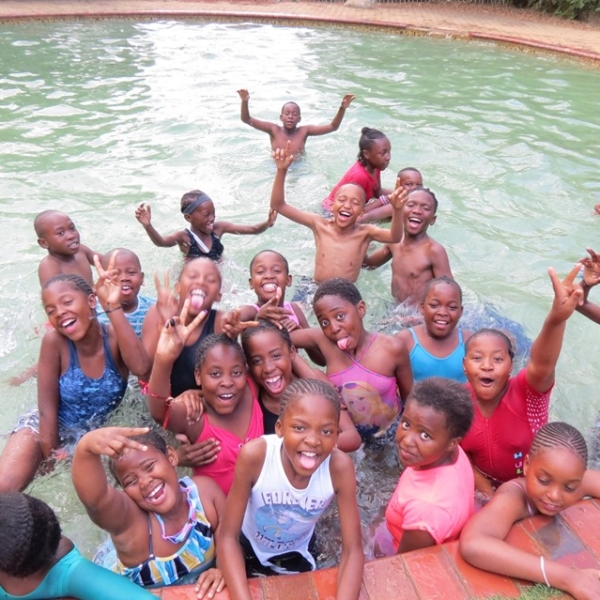