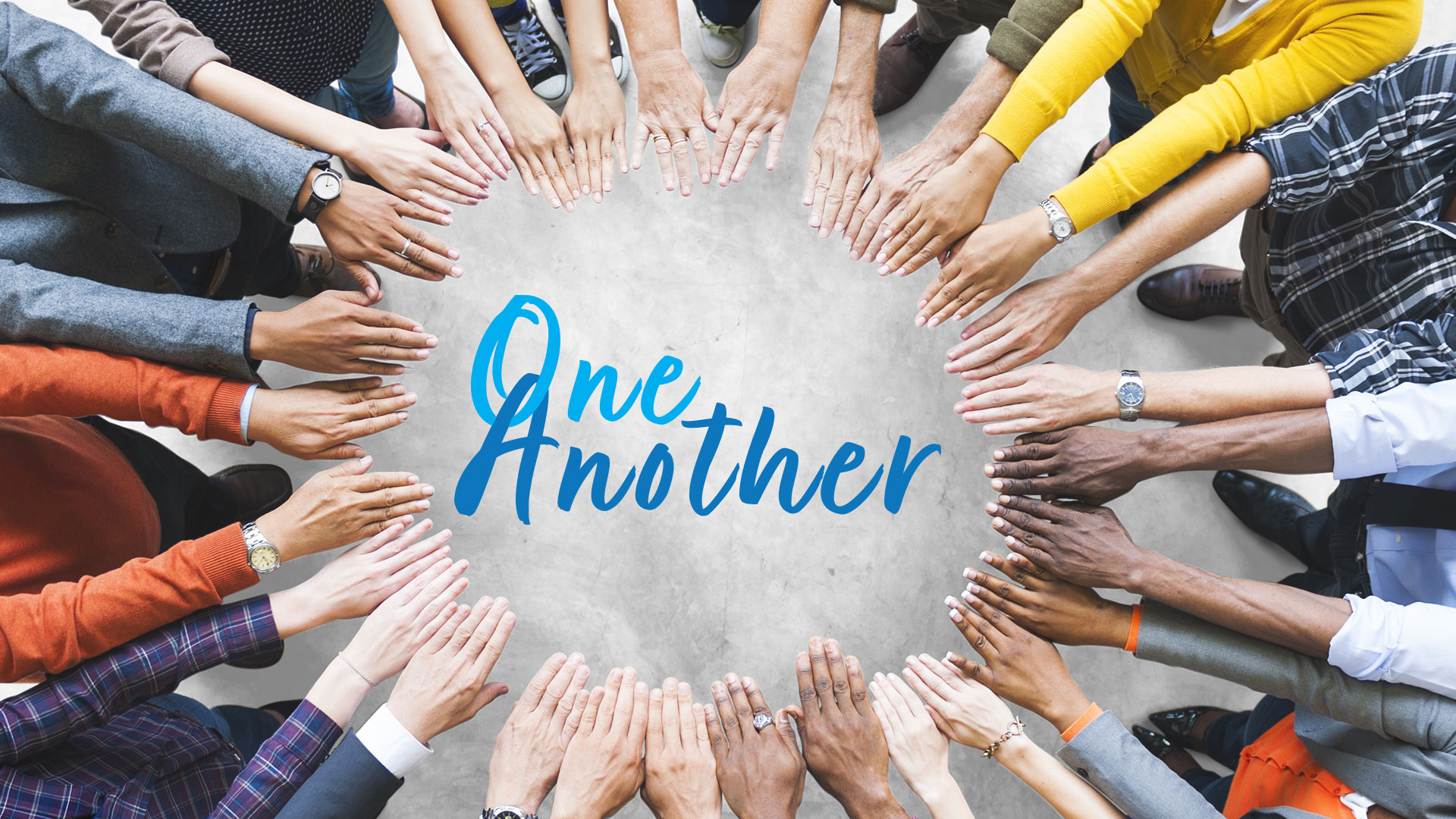 Everyday, wherever we look, we’re confronted with a world that is quick to take offence, quick to condemn, quick to criticise, to attack and to fight. In a world that’s broken by division and hatred, we want to be reminded of God’s call on us to love one another.

Please make use of these great guides for personal and groups study to help you get the most out of this series. These guides will be updated each week. 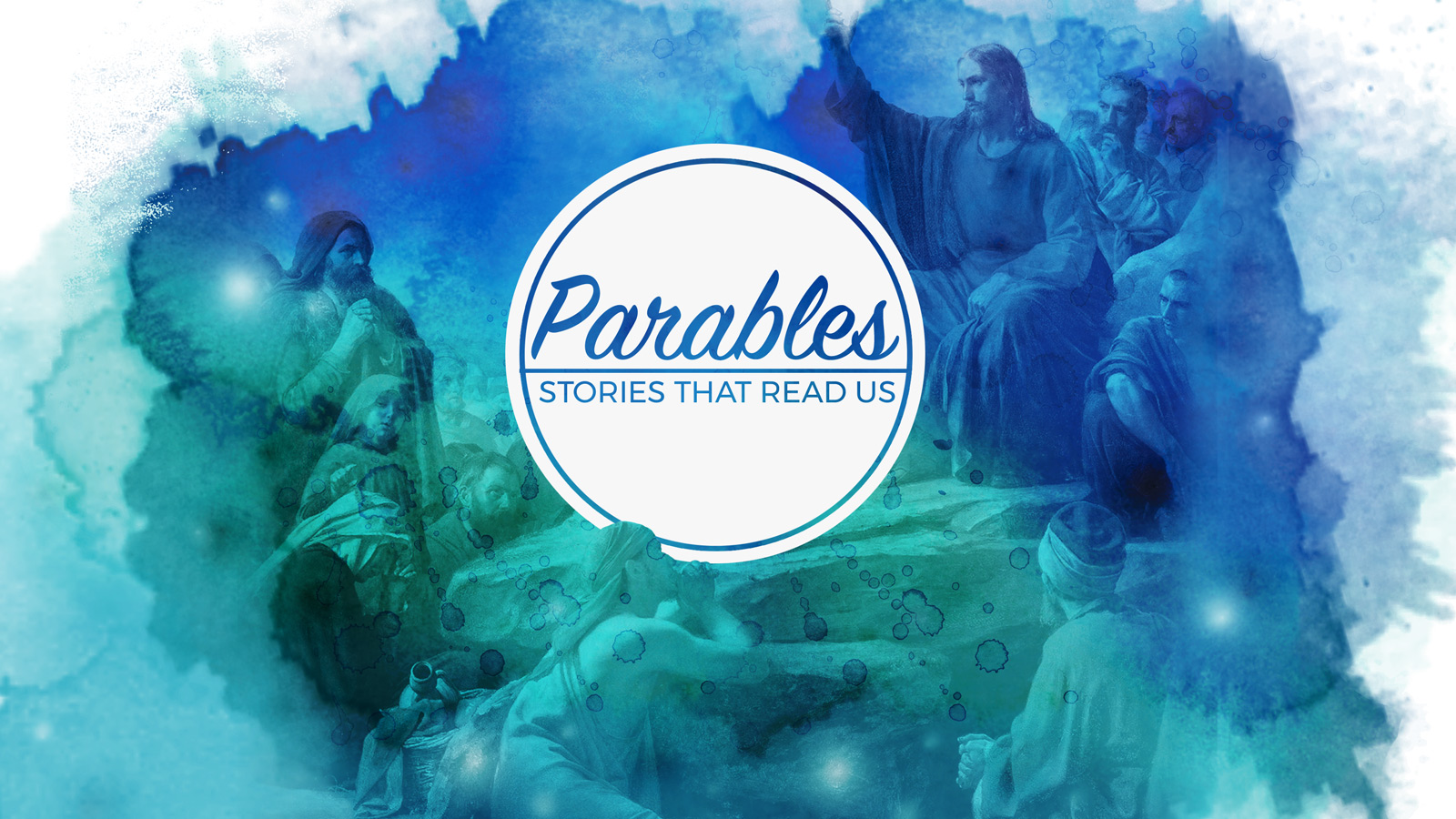 The parables of Jesus are not just stories we read. They are stories that read us. They unmask us to see ourselves in the mirror of the characters portrayed.

Jesus the master story-teller is able to disarm us with parables. We let our guard down, we enter in, we feel the emotions, we make value judgements on the story and then bam! … the truth reads us! That’s you and me in the parable! Pharisees, tax collectors, leaders, disciples, sinners, the lost, the found, the wise, the foolish, the ready, the unprepared!

But the parables don’t just illuminate truth, they also conceal truth. Jesus said in Matthew 13:13: “This is why I speak to them in parables: ‘Though seeing, they do not see; though hearing, they do not hear or understand.’” There is mystery to the parables. There is truth to be mined beneath the surface like treasure hidden in a field. The parables read our inability to respond to truth. Everyone has ears, but not everyone hears their meaning. Those who hear and respond are revealed to be his disciples, but those who don’t remain in darkness.

Won’t you pray that Jesus would open your eyes to the truth of who you are in the light of these stories? Won’t you pray that you will be astounded by the divinity & humanity of the God-man who is able to package eternal truth in word-pictures that even a child can understand?

May we be like those first hearers of parables of whom it was said: “When Jesus had finished saying these things, the crowds were amazed at his teaching, because he taught as one who had authority.”  (Matthew 7:28-29) 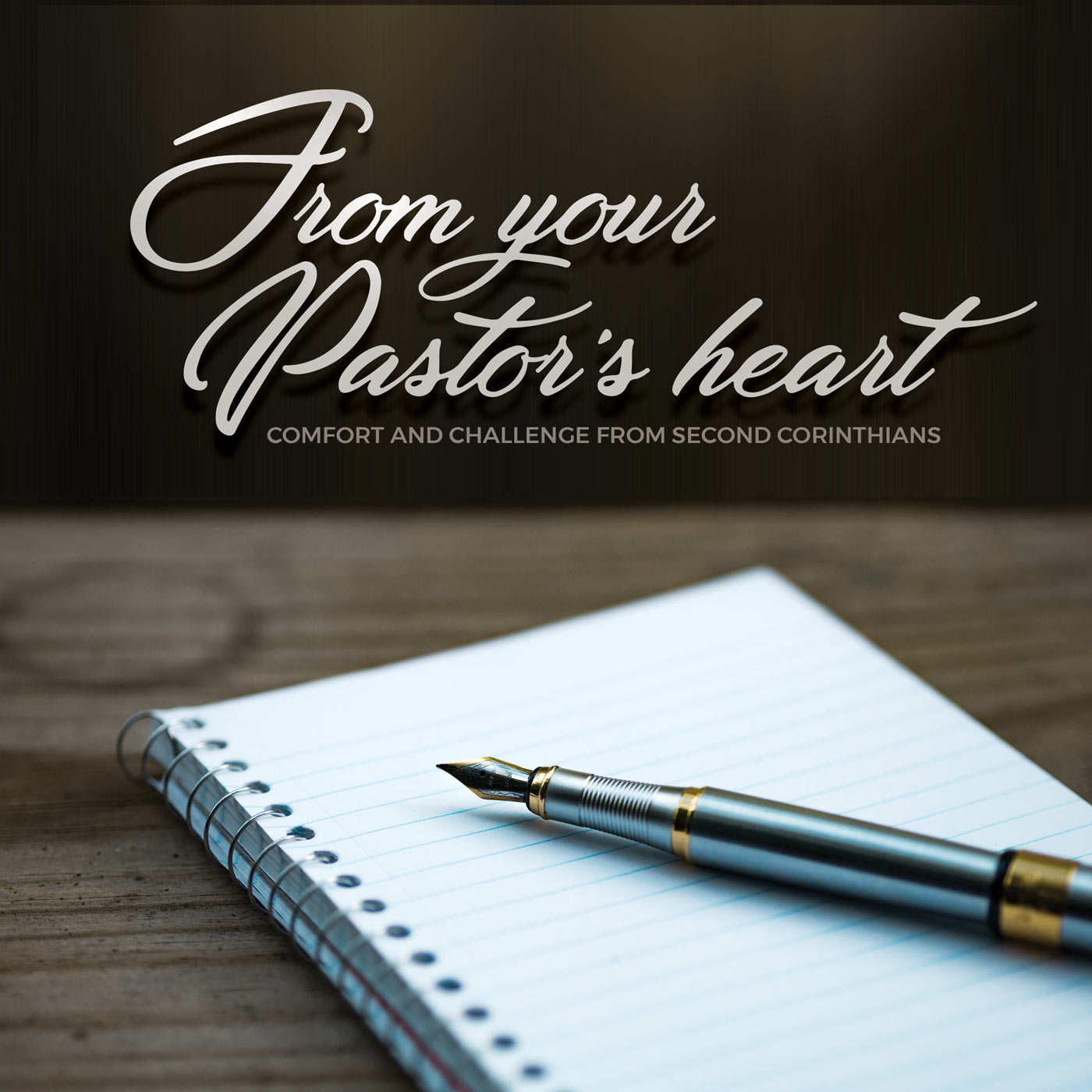 The Apostle Paul challenges us:

So whether you eat or drink or whatever you do, do it all for the glory of God. (1 Corinthians 10:31)

Just think… how much of your life is spent sleeping, eating, drinking, cleaning, relaxing, etc. and yet how many sermons have you heard on these subjects? Very few books have been written about these things and yet the Scriptures speak profoundly about these matters. Our obedience and spiritual growth may be far more affected by how we approach these ordinary things! We need a theology of ordinary life. We are called to glorify God in the “whatever you do” of daily life. Do you sleep to the glory of God? Do you eat for the glory of God? This sermon series will help you to see these ordinary things as amazing gifts to be rightly enjoyed from an abundant God. There is always the potential that we abuse God’s gifts either through excess or deprivation. Instead allow your heart to be overwhelmed with gratitude at these little gifts God sends each day and then allow God’s Word to teach you how to glorify God more effectively though these ordinary area of life.

Over the past 5 weeks we have explored a theology of: sleep, food & drink, cleaning, leisure and laughter – a theology of ordinary life! 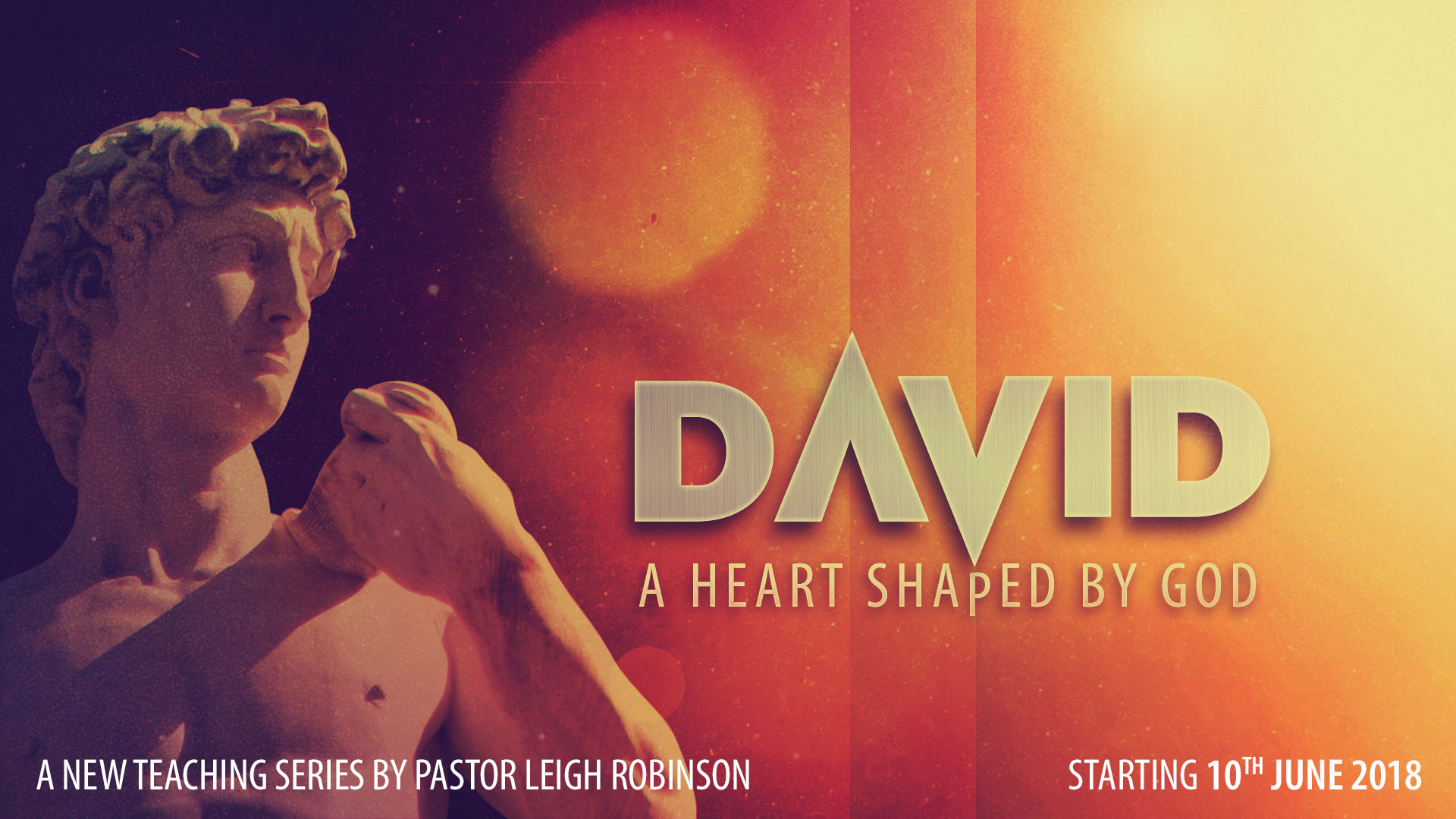 A Heart Shaped by God

David – humble shepherd boy, courageous warrior, beloved king, gifted poet and musician, betrayed father, sinful adulterer, and faithful friend. Next to the story of Jesus, the story of David is the greatest and most influential story in the Bible. Sixty-two chapters in the Old Testament are devoted to his biography, and he is mentioned no less than fifty-nine times in the New Testament.

Christians all over the world love the story of David. Young children gleefully sing, “Only a boy named David…” (with the actions, of course!), and believers of all ages learn from his life and derive daily comfort and encouragement from his psalms.

Why do we love David’s story so much? Why do we identify with this man who lived in a world so vastly different from our own? I believe that we do so for two reasons. The first being David’s godliness. Twice in Scripture he is referred to as a man after God’s own heart (1 Samuel 13:14; Acts 13:22). His passion for God stands out in many of his actions and in the words of his psalms. We want to love God as he did. We want to be women and men after God’s own heart.

The second reason why we love the story of David is because it does not seek to conceal David’s humanness – his earthiness. David had a heart for God, but he also had feet of clay. He was one of God’s greatest men, but, like us, he was anything but perfect. He frequently blew it. At times, he blew it royally! As saved sinners who often mess up, we identify with David and are given hope by the fact that despite his failings God did not cast David aside but continued to work in him and use him.

In this brief series on the life of David, we will look at some of the ways God worked to shape David’s heart to make it like his own. This will help us identify how God is at work in our own lives, shaping our hearts to be more like his.

Preaching series from 10 June – 22 July, during both morning and evening services. 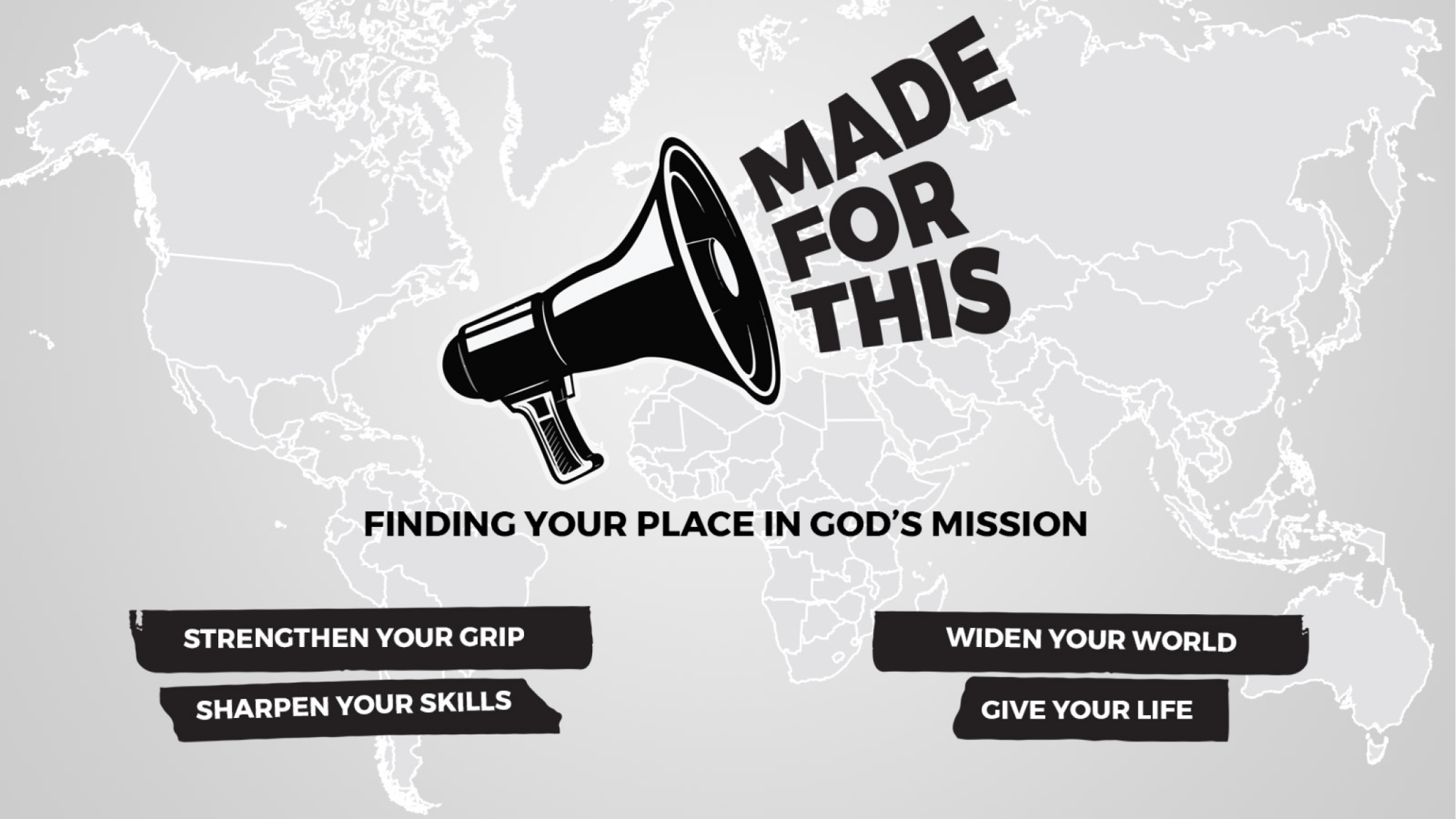 Finding your place in God’s Mission: Strengthen your grip, sharpen your skills, widen your world, give you life.